Antique silver  and gold jewelry belonging to the various 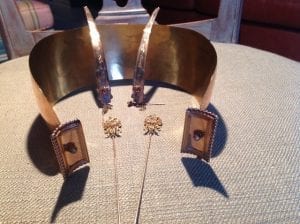 Golden headband  with ‘side feathers’ and ‘stitching needles’ to attach the lace cap. The authentic painted wooden coffin with a lace cap is not pictured but inclusive.  Dutch gold hallmarks 1888. 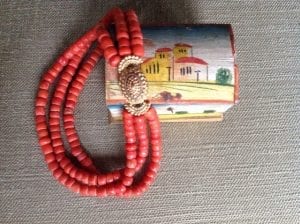 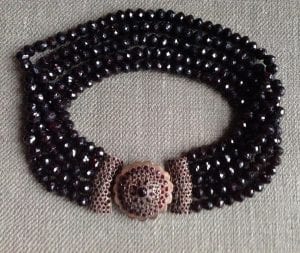 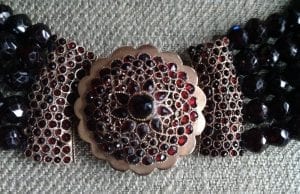 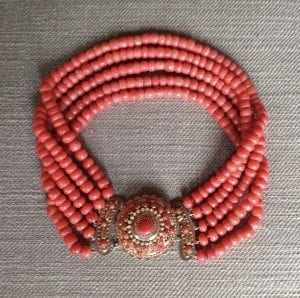 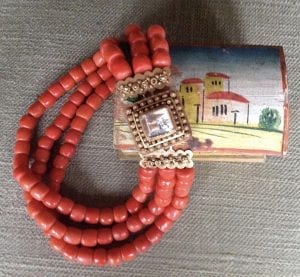 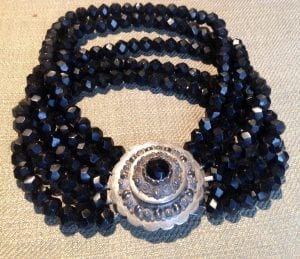 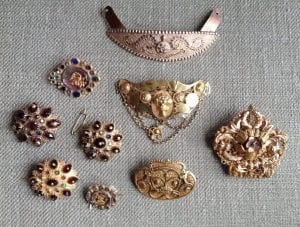 Golden brooches and jewelry for the costumes chest part.  On the left 3  brooches  gold with garnets, worn in Walcheren-Zeeland.  19th century. 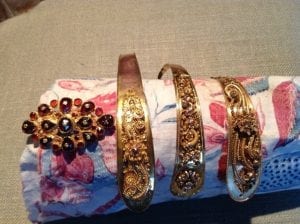 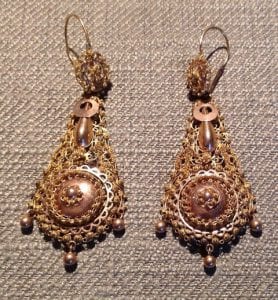 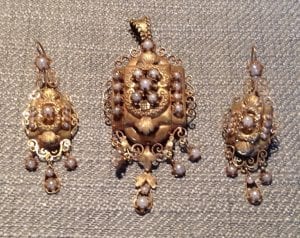 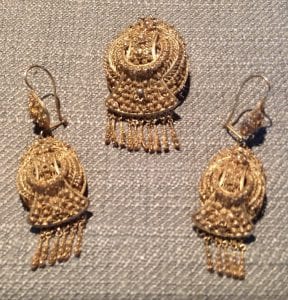 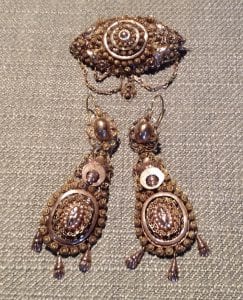 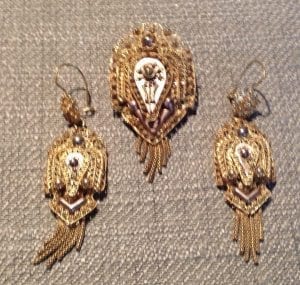 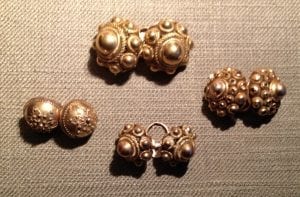 Various golden neck buttons belonging tot the fishermen costumes from Zeeland and around the former IJsselmeer, like Urk-Spakenburg, Volendam and Marken. 19th century. 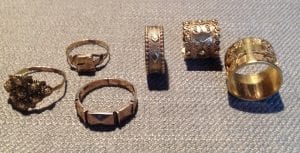 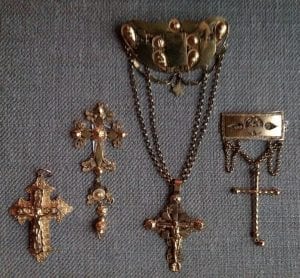 Golden mourning brooche. Young boy painted on ivory. 8 marks in the edge symbolizing the age of the boy. The Netherlands 19th century. 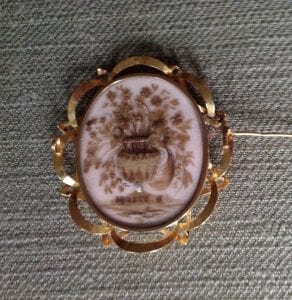 Back of the mourning brooche. Hair composition on ivory. In the bottom of the vase also 8 marks symbolizing the age of the boy. 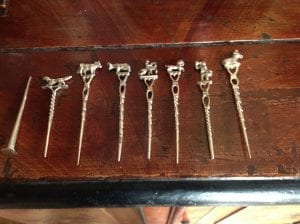 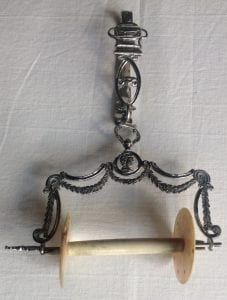 Idem. Back of the belt hook with the 18th century Amsterdam hallmarks.

In connection with our former specialization in traditional Dutch costume jewelry, we came up at that time with a doll line for 14 different Dutch traditional costumes 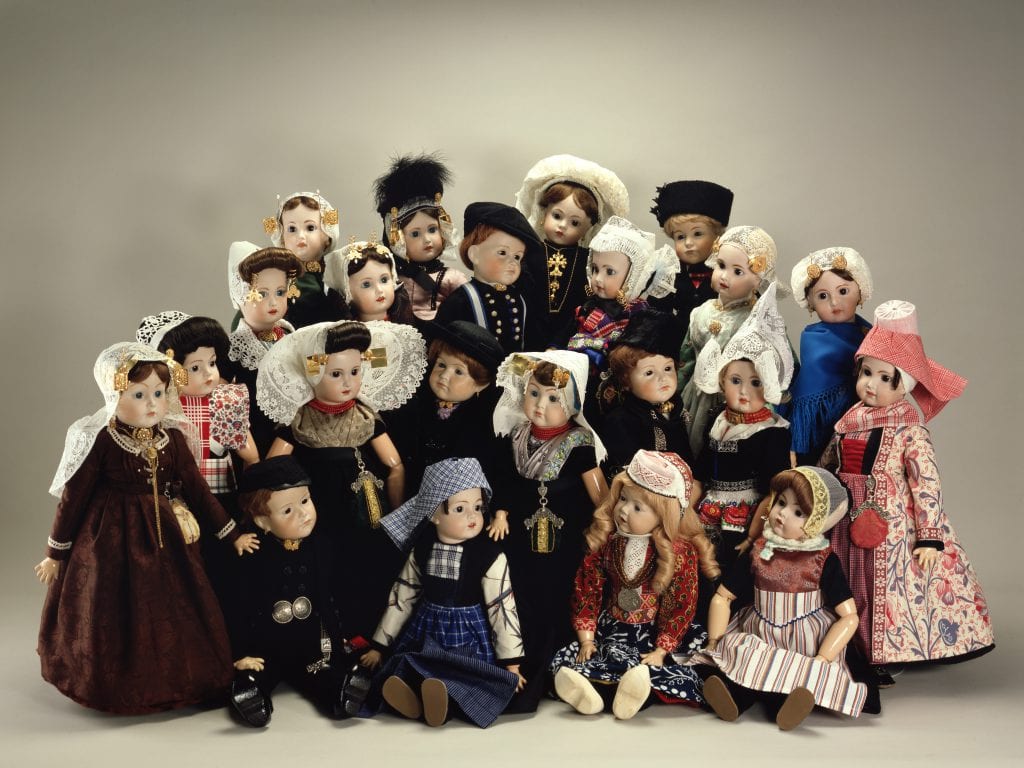 Each costume was dressed up by ladies and gentlemen doll makers from the region the doll represented. We delivered the dolls, jewelry and sometimes also the fabrics, but the dressing up was made in the appropriate place or region especially to prevent errors.

The dolls with most jewelry like for example Rhineland/Katwijk of North-holland and Staphorst were the most precious examples. The little boy from Marken was the most popular one because of his color full outfit and his long blond curls. Boys of Marken were wearing a flowered indigo skirt up till the age of 6 years. (Photograph down below in the middle.)

The intention was, with the exhibited dolls on the background, to sell the individual parts of the jewelry to the at that time, countless doll makers. The small silver ‘tasbeugeltjes’ ( clamps or clasps for a purse ) were also very popular at the ‘pearl bag knitters’ by that time.

By moving our company from Edam to Amsterdam in the early ‘90s, the production of this dolls collection and the silver jewelry ended. The designing and production of the Dutch chintzes especially for patchwork became our most important business.

After many years have been stored in the studio of our former Silver Smith, we offer the complete collection of casting moulds, including some finished jewelry for sale. 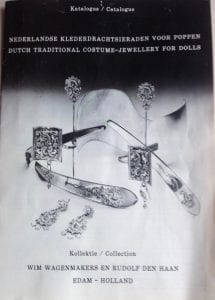 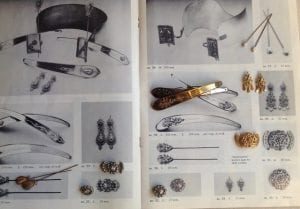 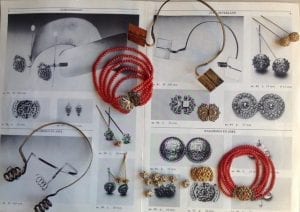 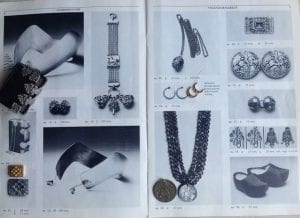 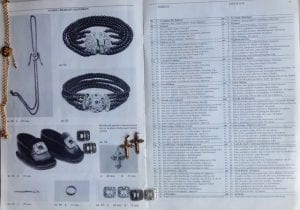 General for the Netherlands. Shoe clasps and necklaces etc. 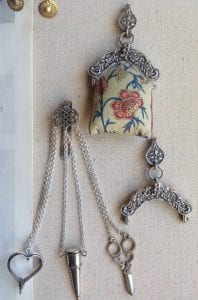 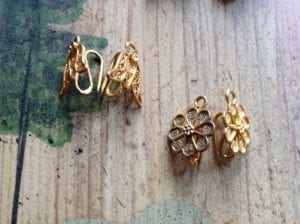 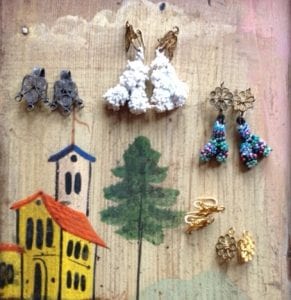 Example beaded tassels, not for sale.

Are you or do you know a Silver Smith, it might be interesting to think about a reproduction.

Our former Silver Smith of course would be very happy to provide any relevant information.

Size of the dolls jewelry is geared to the dolls length of 50 cm/20 inch total.

Price information in consideration, please send us your request by email : info@l-arbre-de-vie.com  and ask for Willem Rudolf den Haan.